It is that time of the month where I share all my reading and writing goals for August, and go over what I got done in July. To be honest, it was not a lot! Life got in the way as it always seems to do when I attempt to be productive, but c’est la vie.

August is going to be a crazy month no matter what. I have some traveling I am doing (which is completely following the rules of my province), I start my brand-new full-time job as a Communications Development Lead, and I am launching a secret business! There is a limit to what I can do alongside all of this, so this will be a very practical goals list.

TIP: Write down everything that you MUST get done that month and then plan your goals. This way, you know what your main focus(es) are but also how much time you have to dedicate to other projects.

Here is what I wrote and read during July.

The Obsidian Butterfly – This is my Camp NaNoWriMo project and my goal for the month was to reach 25k. However, I ended up only writing 6,704 words. I am not too bummed about it because I was dealing with a lot of things for the last half of July. Overall, this is a good start and I’ve decided to take a break from the novel version of this story anyways (more on this later).

Flanelle Magazine Interview – In July, I got a really exciting project for the magazine I write for (Flanelle Magazine) and it was an interview with Zonnique, a 24-year-old, Atlanta born singer. This was a cool project because I’ve never done an interview before. I will link it once it is live on the website!

Daisy Jones & the Six by Taylor Jenkins Reid – Even in a reading slump, this book never fails me. While this was the third time I’ve read this book, I zipped through it in only 2 days. I adore this book, the characters, the story…everything about it is just so addicting. It follows the rise and fall of this band from the 70s, and it was inspired by Fleetwood Mac so what is not to love? 5/5 stars

Kingdom of Souls by Rena Barron – This took me a bit to get through, but overall, I really enjoyed the mythology, the characters, and the overall story. It didn’t blow my mind and I didn’t love any of the characters specifically, but it reminded me of my own book and it helped inspire me to work on it throughout July. Kingdom of Souls is inspired by West African mythology and follows a girl who year after year, has not been able to find her own magic. When the story takes a dark twist, she finds magic but it is not in the way she wanted or expected. 3.5/5 stars

Here is what I want to write and read in August…

The Obsidian Butterfly (Novella Version) – In March, I wrote a novella version of my novel idea, The Obsidian Butterfly, and submitted it to the L. Ron Hubbard Writers of the Future contest which I received a Silver Honourable Mention for. I’ve decided to re-write this story because I feel it was missing some things that really held it back. My goal is to get 7,000 words done in August because the word limit is 17,000 (which being the overwriter I am, I will reach). Since the deadline is October 1st, it should give me enough time to finish it even with all the other things I’ve got going on.

Eliza and Her Monster by Fransesca Zappia – Yes, this is a re-read but apparently I am in the mood for re-reading my favourite contemporaries. Eliza and Her Monsters is an all-time favourite of mine, especially because the main character suffers from anxiety and how she feels and eventually copes with it is something I strongly relate to still. With everything going on, my anxiety has definitely spiked. I’ve been the most anxious these past few months that I have ever been in my entire life, but I’ve found re-reading my favourite books has helped.

Fangirl by Rainbow Rowell – I have an unofficial tradition of reading this book every summer, or in the fall, before school starts. I am going into my second year of university and Cath, the main character, is in her first and we follow her as she experiences it. This book is also another one that is so easy for me to read. I have no doubt I will fly through it in less than a week!

Those are all the things I want to write and read during August, and also what I got done back in July. I swear, the months are flying by and I can BARELY keep up. But, I am doing my best and despite everything, this has been a productive quarantined summer.

Happy Friday. My head is buzzing with all the assignments and deadlines I have to meet, but I was inspired to write this specific blog post ever since I finished Daisy Jones and the Six by Taylor Jenkins Reid. I also just finished The Seven Husbands of Evelyn Hugo, another one of Reid’s incredibly praised novels, and I’ve been putting the pieces together on why her books are so hyped and beloved.

Here is what I’ve realized:

The Concept: People Love Reading Books on Other People’s Lives

Call it humankind’s natural curiosity or noisiness, but you cannot deny the fact that people love to know what is going on in other people’s lives – even people they do not know. For example, celebrities. Rarely does the average person know a celebrity, yet we are obsessed with knowing where our favourite celebrity lives, what there cat’s name is, and who they are dating.

The Seven Husbands of Evelyn Hugo – A Snapshot: 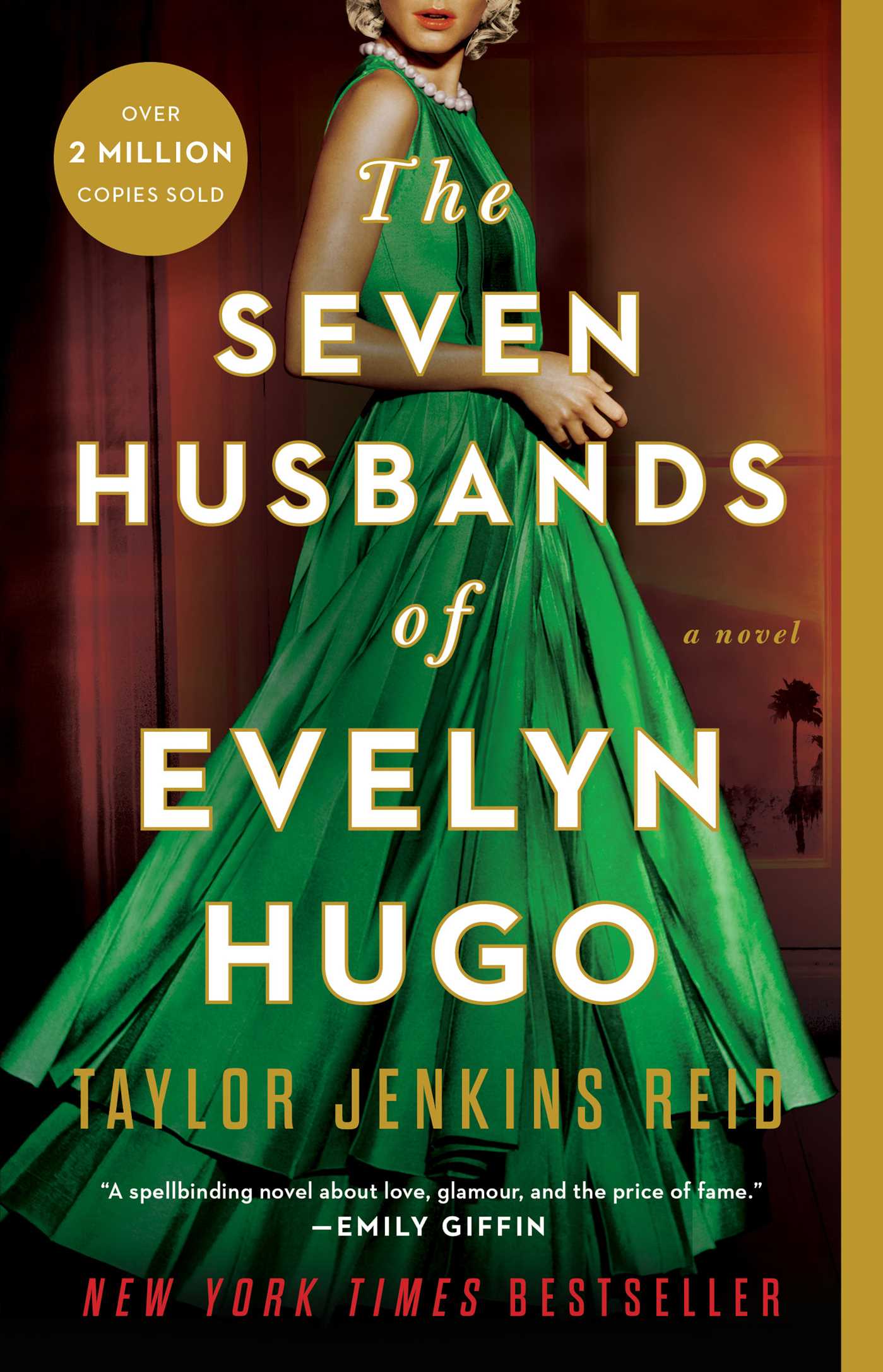 Evelyn Hugo was the “it-girl” from the 50s-80s; an actress caught up in drama and scandals, and seven marriages to seven different men. Yet, the fine details of her life remain a mystery to the public.

Monique Grant is a low-level reporter working for her big break which comes unexpectedly when Evelyn Hugo asks Monique to be the one who reveals her life story, something no one has had the opportunity to do before. Confused but curious, Monique meets Evelyn and a story of friendship, love, and hardship is revealed. The truth of Evelyn’s life is also woven in and both Evelyn and Monique find themselves having to face it in different ways.

Evelyn Hugo is not a real person, yet this summary of the book makes me want to know about her life…even though the events that take place never actually happened. But people like her have existed. Like Marilyn Munroe, Judy Gardner, and many more who had crazy and tragic lives that the public still gobbles up to this day.

Reid did reveal that this book was based on Elizabeth Taylor and her life: one of many dramas and many husbands, as well as her interactions with a reporter too.

The key points with these books are not only is the reader getting a look at this “famous” person’s wild and mysterious life but that they are getting an inside scoop to that person’s relationships. The public loves to know who dated who and for how long and why they broke up. Including this into a book satisfies that knowledge craves most of us have if not all of us. Before I even got 10 pages into this book, I knew that Monique’s first question was going to be who was Evelyn Hugo’s greatest love?

Daisy Jones and the Six- A Snapshot: 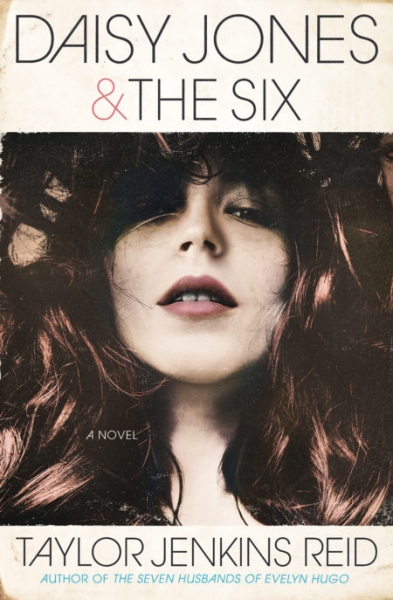 Written in an interview format, Daisy Jones and the Six follows the iconic band from the 70s with the same name. Decades after the band split up after their first show as this beloved group, the members have come together to recount their rise to success. Addicting and heart-wrenching, this book covers the edgy and dangerous life led during the 70s in Los Angeles and the relationships that formed between the bandmates. Daisy Jones and the Six is an excellent representation of the saying that “nothing is ever as it seems”.

Whenever I listen to a new artist or band, I always dive straight into their personal lives and histories. I can’t help it. Most artists and bands have an incredibly interesting past that led them to stardom and life while they lived through it. Daisy Jones and the Six is a fictional band, but Reid wrote them in such a way that I had to remind myself that they never actually existed. This could be because they had to have been based on bands from around the same time period because the events and drama that happens in Daisy Jones and the Six were not uncommon in bands then.

The anticipation to uncover the band’s secrets (and this is also evident in The Seven Husbands of Evelyn Hugo) was something incredibly well done on Reid’s part. We got a bit of talking from one band member who started to relay a secret before quickly moving onto the next one and learning something about them. This was not in a way that made anything feel drawn out either. Yes, I was anxious to figure out something about one character, but I was just as anxious to discover something about another. Except, Eddie. I could not care for Eddie any less.

The fact that you had to read the entire book (which should be the case for most books too) to fully understand everything from everyone’s lives was fascinating. I loved finishing the book and being able to see how this person’s relationship affected everyone else and their life. For example, the effect of Daisy and Billy’s relationship with Camilla. Speaking of Camilla, another thing Reid does amazingly is to write characters that feel like real people. Camilla leaped off the page just as Daisy, Billy, Graham, etc, etc. Everyone was riddled with flaws and we saw those grow and shrink throughout the mesmerizing story.

That’s how I would describe these two books in all honesty, mesmerizing. I can never put them down when I start them.

That is my analysis of why Taylor Jenkins Reid’s books are so addicting; talking about the undeniable curiosity in humans that her stories feed into. I hope you found this post interesting, and if you have any comments to add then please do!

Also, don’t forget to check out my last blog post as well as my social media accounts linked down below. Thanks for reading 🙂