In my several years of being an avid reader, I have had a lot of surprising reads. Whether I’ve picked up a book without knowing anything about it, or it was one that I didn’t really think I’d like but gave it a chance anyways…what ties all these books together that I am going to share below, is that they all surprised me in some way, shape, or form. Anyways, here are 5 books I read that have surprised me.

This was the book that sparked my idea for this post because I LOVED this book, as I have mentioned a lot since I read it just over a month ago. This is a contemporary-fantasy book that follows two sisters who have returned from a magical kingdom called The Woodlands and now have to readjust to reality. While the eldest sister, Philippa is eager to get back to her old life, Evelyn is unable to let go of the beauty and magic that was The Woodlands. I love, love, love this book. It is whimsical and atmospheric with a story that really grabs you from page one with its deeper meaning underneath. I had no idea what this book was about going into it, but if anything that only made me love it more.

Oedipus the King by Sophocles 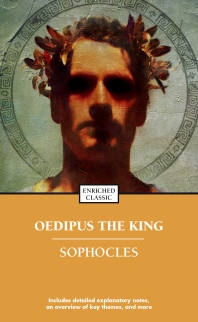 I spoke about this play a bit in yesterday’s reading and writing update, and I actually really enjoyed the play. I am not a huge fan of plays, and this one was a weird one that is for sure, but it had so many elements like irony, setting, and truth that I couldn’t help but admire it. In this Greek tragedy, we follow King Oedipus of Thebes who is told by Apollo to avenge the death of the former king of Thebes, Laius. Lots of truths unravel and our characters are faced with the dilemma of staying in the dark or opening their eyes up to the light. The character dynamic is strange, to say the least, but it is fast paced and a very thought triggering read.

Again, I had never been one to love mangas but Fullmetal Alchemist help transition me into being more open to mangas. The anime is also a great adaptation of this manga and helped me fall in love with the story and characters more. The manga is very detailed and interesting, and of course, a really quick read. I could sit down and blast through one of the books in an hour if I wanted to because of how enjoyable they are. In this manga, we follow two brothers, Edward and Al who are alchemists in search of the philosopher’s stone to undo some past…complications while doing alchemy. I am only on the second one in the series but I am excited to continue it!

Percy Jackson and the Olympians: The Lightning Thief by Rick Riordan 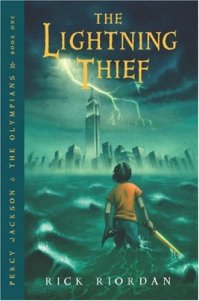 This was the book that got me into the world of YA/Middle Grade and for that, I owe it everything. I did not expect to love this book and its series as much as I ended up to because I refused to read it or watch the movie for the longest time. It was funny how quick I was to draw the conclusion that I would hate it when I ended up adoring everything about it. In this story, we follow twelve-year-old Percy Jackson who learns he is the offspring of a Greek god and human and is brought to a special camp that is home for kids like him. However, he is being accused of stealing one of the most powerful weapons in the world; Zeus’s lightning bolt, and is forced to go on a quest to find it before time runs out.

We Were Liars by E. Lockhart

I am pretty sure I picked this book up from a thrift shop after hearing good things about it, but it took me about a year to finally read it. When I did though, I was blown away by how gripping and mysterious it was, and how eager I was to find out what really happened in the end. It wasn’t the best book ever writing or story-wise, but it was enough to really keep me interested. I don’t want to give too much away about the plotline, but it mainly focuses on a family and a certain summer on their private island. This book made me cry and laugh, and somehow I connected with the characters in just over 300 pages. Something I was not expecting!

Those are 5 books that surprised me and if you haven’t had the chance to pick them up, definitely give them a try! Don’t forget to check out my last blog post as well as my social media accounts linked below. Thanks 🙂

4 thoughts on “5 Books That Surprised Me”