When I looked back at what books I read in May, I was pleasantly surprised because I had read a lot more than I thought. I read a grand total of four books in the month of May, and while I am still four books behind on my reading goal, I still managed to get a good chunk read this month. Anyways, here are the books I managed to read!

During April I had jumped back into To All the Boys I’ve Loved Before, the first book in the trilogy, and afterwards I just had to continue on. Always and Forever, Lara Jean is the third and final book in this trilogy which follows Lara Jean, a teenage girl who writes love letters to all the boys she has loved before as a way to say goodbye, right before sealing them away in a teal hatbox forever. One day these letters get mysteriously sent out, and Lara Jean’s worst nightmares suddenly come true. I LOVE these books, and the first book is actually a movie which is being released on August 17 so yay! 4.5/5 stars

I had to read this play for English class and well, it’s Shakespeare, which is all I really have to say. Without a doubt I can see the genius behind it and how it acts as a template for hundreds upon hundreds of books and plays and TV shows that we see now. However, it wasn’t something that really gripped my attention and I probably wouldn’t have read it if I wasn’t forced to. 2.5/5 stars

Restore Me by Tahereh Mafi

My initial plan was to read this book when it first came out back in March, but not only is this book pretty big, but I was also terrified that I wouldn’t love this book as much as the first three in the series. Spoiler alert: I did. This book was everything and more, and I was so happy to not only get to read from Juliette’s point of view, but Warner’s as well. Anyways 10/10 recommend and I cannot wait for the next book! 4.5/5 stars 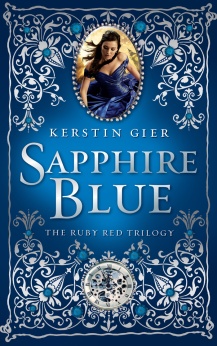 Ugh I love all the books in the series so much that all I want to do is read them over and over again, and it has been a long time since I found a book series like this. Sapphire Blue is the second book in the Precious Stones trilogy by Kerstin Gier, which follows Gwenyth, a teenage girl who comes from a family of time travelers. Everyone believes it is her cousin Charlotte who inherited the gene, but when Gwen is thrust back in time secrets unravel about herself that she didn’t even know. This book was originally in German, and there is even a movie (in German but with good English subtitles) which is a lot of fun, just like the book! 4.5/5 stars

Those are all the books I managed to read and I am happy to say that I adored 3/4 of them which means it was a very successful month! Don’t forget to check out my last blog post and social media accounts, all which are linked below 🙂