I love gushing over all of the book and movies releases and I am back with another!

Leah on the Offbeat by Becky Albertalli

This is a spinoff of Becky’s other book, Simon vs the Homo Sapiens (which is now a fantastic movie that you NEED to go watch!) but follows Simon’s best friend, Leah who is struggling with her sexuality and who she is. I am so excited to get my hands on this book because I really loved Leah and thought she was such a realistic character. I cannot wait to see the world through her eyes and read whatever story Becky has in store for us next month! April 24th 2018

The Fates Divide by Veronica Roth 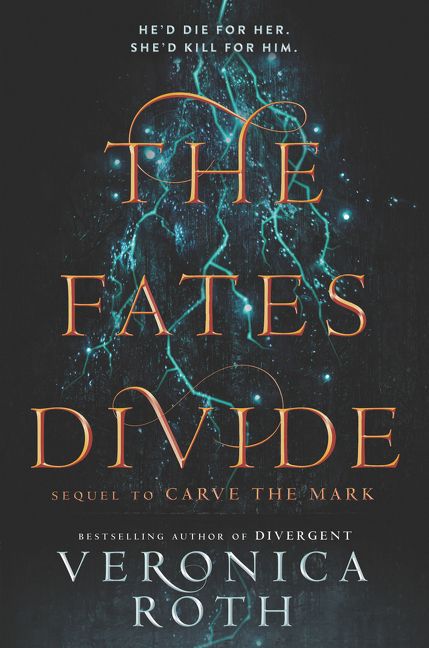 The Fates Divide is the second book in Veronica Roth’s new sci-fi series, which starts off with Carve the Mark. I have not read the first book but I have heard good things so maybe I will get to it sometime soon! From what I know, it follows two different characters that somehow get thrown into each other’s world…that’s about all I know but it sounds good enough to me. April 10th 2018

I read the first book in this series, Alex & Eliza, which follows one of the founding fathers, Alexander Hamilton, and his wife, Elizabeth Schuyler and their journey to meeting each other. I liked the first book but wasn’t blown away by it, however I am still excited to follow their life after their marriage in the next book! While I am not American, I have always been fascinated by American history and now all these books and musicals are coming out in regards to it and I am just having the best time. April 17th 2018

I didn’t know I wanted to watch this movie until I watched the trailer and realized literally EVERY superhero to ever walk on the screen is in it. Not only do I think it will be epic to see all my favourite superheroes work together, but I think it will be interesting to see how having so many main characters on screen at once. I do think it will be hilarious and action packed and I am itching to watch it. April 27th 2018

This is an Amy Schumer movie that follows a woman who has never felt confident about her body, but when she hits her head one day she wakes up and starts viewing herself as this “perfect” and pretty person, even though she hasn’t really changed her appearance. Not only does this look hilarious, but it also has a really good message that you should love yourself for who you are, and not compare yourself to others. April 27th 2018

Those are some of the books and movies I am looking forward to in the month of April and I hope you enjoyed! Don’t forget to check out my last blog post: Balancing Multiple Writing Projects