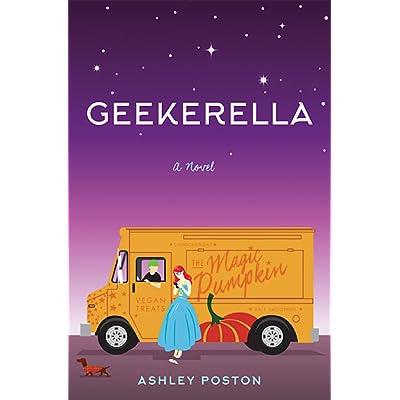 This was the one book I read in September and it took me the entire month to read it despite being a short, fun contemporary. I did finish it though and overall really enjoyed it. Geekerella follows a girl named Elle who is obsessed with a sci-fi TV show her father used to love before he died, and when she sees a cosplay contest in celebration of the reboot of the TV series, she enters, the prize being a ticket to ExcelsiCon, she jumps at the chance to make her fangirl dreams true. This is such a fun and entertaining read that I read during a time where I was kind of in a reading slump. This book definitely brought me out of it and I was really glad I finally picked up this newer release! 4/5 stars

Ruby Red is a book I rave about on my blog a lot, and as I have mentioned before, it is the perfect to read during the fall time. It takes place in London, has time travel and witty characters that you will love. Ruby Red follows Gwen, a sixteen year old girl born into a time travelling gene, however, her cousin Charlotte is the one believed to possess the gene. That is, until Gwen is taken back in time and her entire world is flipped upside down. This is the first book in the Ruby Red trilogy, and every single book in this trilogy is amazing so if you have NOT checked these books out please do! 4.5 stars

Simon VS the Homo Sapiens Agenda by Becky Abertalli

I decided to pick this book up because the movie will be coming out in spring 2018, and it is also a book I have heard plenty of people rave about. Simon VS the Homo Sapiens Agenda follows Simon, a gay teenager who is “blackmailed” into setting his friend up with this guy named Marty. The book is really light hearted though, and I absolutely flew through this book in a single day!

Those are the three books I read in the months of September and October and I hoped you enjoyed. Don’t forget to check out my last blog post: NaNoWriMo Prep #5!