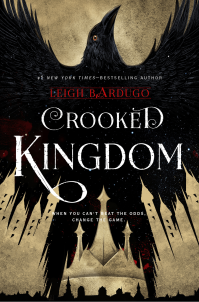 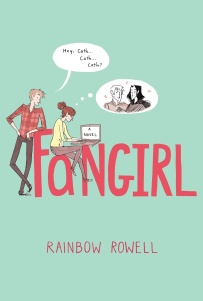 I know we still have 11 days of January, but I love making my TBR’s for the following months…even if I don’t always stick too them 100%.

Glass Sword by Victoria Aveyard – I have yet to read the 2nd book in this series and the 3rd book is coming out in February so I need to read it ASAP! I really enjoyed Red Queen and am really hoping that Glass Sword is just as good. Red Queen follows a girl named Mare who lives in a world where society is divided by the colour of your blood, red or silver. Red bloods are the plain and ordinary while silver bloods have special powers. But when Mare, who is a red blood displays the abilities of a silver, she is forced to pretend she is someone she isn’t to please the King and Queen.

Crooked Kingdom by Leigh Bardugo – I read the 1st book, Six of Crows in the summer and thought it was really interesting and amazing so I am super pumped to dive into the 2nd and final book in this duology. I recommend this duology to anyone who loves fantasy and an epic cast of characters! Six of Crows is about a group of people who are sent on a mission to complete a crazy and impossible task and it gets so insane!

Fangirl by Rainbow Rowell – It has been a year since I re read this book so I want to give it a another read very, very soon! I love Fangirl because it is so relatable and so adorable that I don’t understand how you could not like it. Fangirl follows Cath who is going into her first year of college with her twin sister, Wren. But unlike Wren, Cath is very closed off and shy and would rather stick to her sister’s side throughout college. But when Cath meets her roommate and her friend, Levi, Cath manages to break out of her bubble a little bit and things get interesting.

Anna and the French Kiss by Stephanie Perkins – I always fly through this book and cannot wait to re read it after a long while. Anna and the French Kiss is about an American girl named Anna who is sent off to a boarding school in Paris for her senior year of high school. There, she meets a group of close knit friends, and one of them happens to be a gorgeous Parisian boy named Etienne St.Clair. This book is filled with romantic, hilarious and heart breaking moments that any contemporary lover will adore!

Those are all the books I would like to read in the month of February and I hope you enjoyed!